“How I Made it Here”

Charles E. Andrews is a native of Monroeville, Monroe County, Alabama.  He is the son of the late Edward W. and Geneva Andrews.  He is married to Linda Hollinger Andrews.  He is the father to three daughters: Chelsea Andrews, Carlynn Burton, and Katrina Dixon, whose mother was the late Brenda T. Andrews.  Charles is a graduate of Monroe County High School Class of 1973, Patrick Henry State Junior College (1975), and from the University of Alabama Class of 1977.  He obtained a degree in Criminal Justice through the New College curriculum.  He is a graduate of the FBI National Academy 160th Session and the FBI-Law Enforcement Executive Development Association.  He serves on the Board of Deacons of the Antioch Baptist Church #3.

Charles retired from the Department of Public Safety in December of 2010 as the first African American to serve as the Chief of the Highway Patrol Division.  He was nominated and appointed by President Barack Obama as the United States Marshal for the Southern District of Alabama and served in that position from January 2011 until retirement in October 2018.

Charles announced his intention to run for Mayor of the City of Monroeville in February. 2020 and was elected on August 25, 2020.  He was sworn in on November 2, 2020.  He is the first African American to be elected mayor of Monroeville, Al, the home of “To Kill a Mockingbird.” 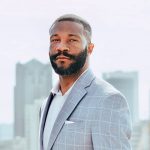 Randall L. Woodfin is the mayor of Birmingham, Alabama. He is focused on revitalizing the city’s 99 neighborhoods, enhancing education and career opportunities for students, and creating an innovative economic climate to grow, attract and retain talent, startups and small businesses.

Under Mayor Woodfin’s leadership, the city launched the Office of Social Justice and Racial Equity which seeks to employ social justice as a core principle in City of Birmingham policies, operations and decision-making. Kelli Masters is an attorney, NFL sports agent, and founder and president of KMM Sports.  Kelli made history in 2010 as the first woman to represent a first-round pick in the NFL Draft. She is the author of the upcoming book, High-Impact Life:  A Sports Agent’s Secrets to Finding and Fulfilling a Purpose You Can’t ’Lose (2021). Loren Bendele is a software & technology executive, investor, and adviser. He was the co-founder and CEO of Savings.com, which was acquired by Cox Target Media (a division of Cox Media Group) in 2012, where he continued running the company until 2015. Loren serves as an investor and/or advisor for Thrive Market, Veho, Lemonade / Mod Market Restaurants, Niche, Carpay, and several other early-stage ventures.

Loren started his career as a Chemical Engineer with Dow Chemical, then transitioned into strategy consulting with The Boston Consulting Group in Dallas.  Loren graduated with honors in Chemical Engineering from Texas A&M University.

Loren spends considerable effort on public education reform work, and he currently serves on the board of Edvoice. Edvoice is focused on changing the California political landscape by advocating for better policy to ensure excellence and equity in public education. Loren was also a long-term board member and past Board Chair for KIPP So Cal – a high-performing non-profit public charter school network that operates nineteen K-8 schools, several of which are the highest performing public schools in California. All of KIPP So Cal Schools serve a student body that is 90+% Latino or African American and 90+% on free or reduced government lunch programs.

Loren and his wife Kristen have two children, and they live in Boulder, CO. You can find them in the Vail valley on most weekends and most of the summer. They are all avid skiers, hikers, bikers, river rats, and mountain enthusiasts.

Loren lived in Vail for a year after college, and he’s thrilled to be back in Colorado.